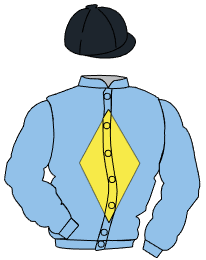 He was very big and backward the season before last and the enforced break he had in the first half of last season benefitted him hugely. Being a natural jumper of a fence, meant that when he did eventually get to the racecourse he jumped brilliantly and won at Huntingdon. He was second on his final run of the season at Fontwell where the track was too sharp for him. He has picked up a slight injury this season and will be back next season to win more races with his jumping.

If you are interested, please email info@charlielongsdonracing.com or call us on 0845 052 5264