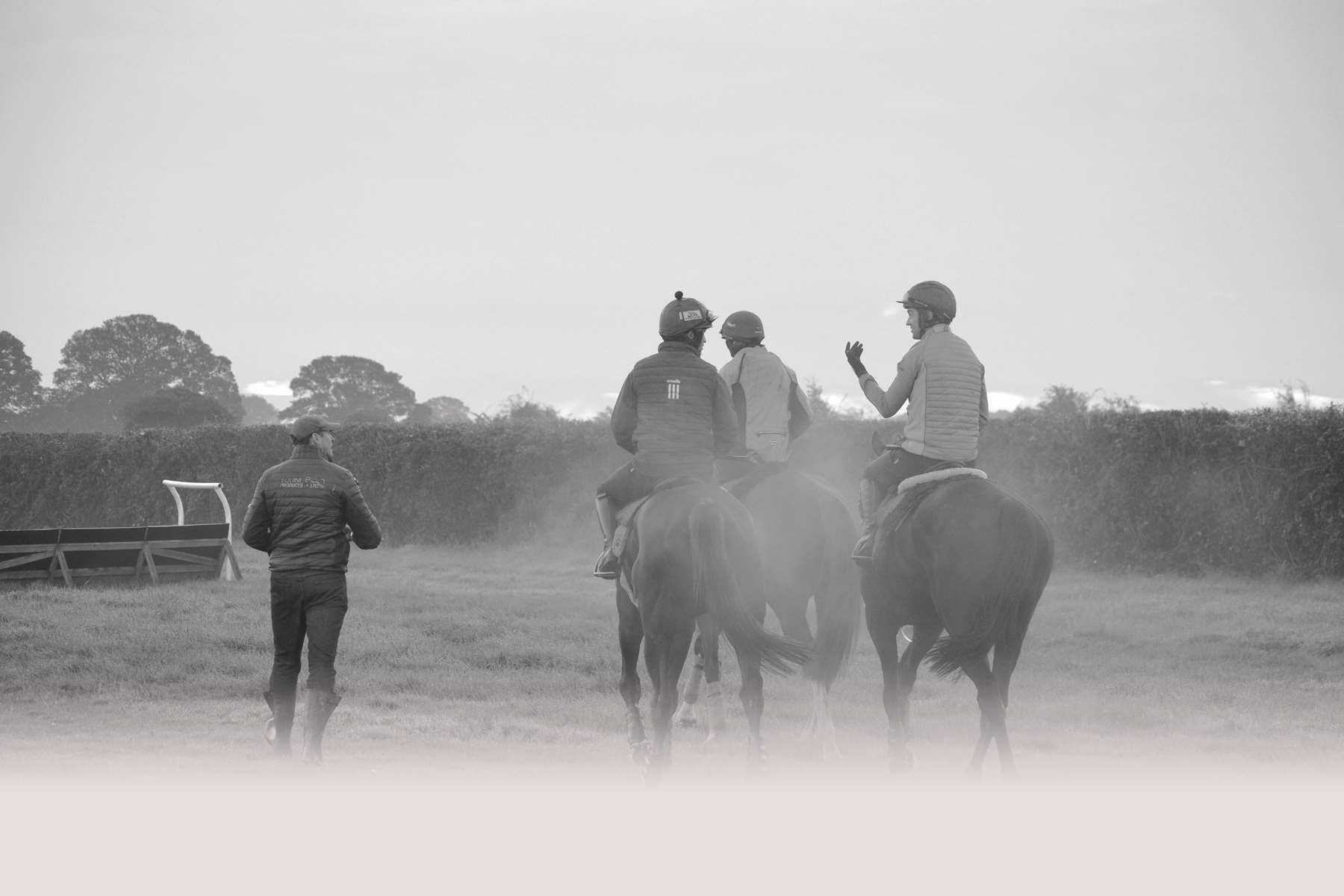 We have a growing team, who are extremely dedicated and ambitious. We pride ourselves on relaxed, happy, healthy horses and believe this is shown in the results. We have a fantastic set of owners, most of whom have been with us since the early stages of his career and they help to make Charlie Longsdon Racing a very close knit team.

Charlie Longsdon – Trainer
Charlie gained plenty of experience whilst at Oxford Brooks University, spending his summers working for national hunt trainers: Oliver Sherwood and Nigel Twiston Davies. On graduation, he spent time, breaking in youngsters on a game reserve in Kenya before returning to England to work as Assistant to national hunt trainer Kim Bailey. In 2001 he moved to Nicky Henderson as Assistant where he gained much experience including caring for Grade 1 winners Bacchanal, Marlborough and Trabolgan. In 2004, he won the Alex Scott Memorial Fund Assistant Trainer’s Scholarship and spent time in the US, working for flat trainer Todd Pletcher. Charlie took his licence out in 2006 and started training from Cotswold Stud and in 2009 moved to his current base at Hull Farm which has been purpose built near Chipping Norton. He has since trained over 550 winners

Sophie Longsdon – Trainer’s Wife
Charlie and Sophie got married in 2008 and have one daughter Milly, and twin boys, Harry and Fred. She is no stranger to racing as her younger brother, Ben Pauling also trains and she is always welcoming when you come to the yard.

We have a fantastic team here at Hull Farm, led by Roche who is a brilliant horseman and is invaluable asset to the yard as our Head Lad. The office is manned by Amber and Emma who sort out everybody's problems, however small. Paul O’Brien is in three mornings a week and is a talented rider, with a valuable 3lb claim. He is joined this year by conditional jockey, Tom Buckley who has ridden two royal winners for us so far.  Zeniy is our general handy man, capable of fixing everything and building anything! Will and Jess are our very capable travelling head grooms, taking and turning horses out beautifully at the races on a regular basis. Fern is charge of feeding and Tractor Ted maintains the gallops. The rest of the team include Alan, Rachel, Georgia, Gill, Sinead, Vlad, Vad, Lee, Brogan, Wilf and Lucy.

We have a happy and easy going team which reflects onto our horses to flourish in a relaxed environment.